In analyzing financial markets and the economy, almost everyone holds a premise that’s the proverbial elephant in the room: what will happen with China. 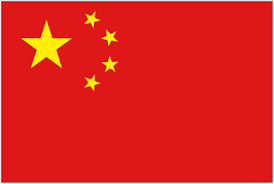 
If someone holds a view on commodities, currencies, stocks, bonds or gold, I can almost guarantee that behind their view is a premise about what will happen in China.


That premise may be explicit.  Jim Rogers, a noted commodity investor who once worked for George Soros, is a China bull and makes no bones about it.  He moved his family to Singapore and is having his daughter learn Mandarin Chinese because he thinks she won’t be able to succeed without it.


Jim Chanos, the famous and successful short seller, is on record saying China is a bubble that will soon pop.  He’s putting his money where is mouth is, too.


Some hold their premise implicitly.  I’ve heard many agriculture and base metal investors insist that prices can only go up.  They may not lay out the case explicitly, but if you ask them you’ll find they see endless growth and demand from China.


Others are certain that debt deflation (the unwinding of bad loans) will keep the global economy in the tank for a decade or more.  Once again, they may not come right out and say it, but if you ask them, you’ll almost certainly find that they assume China can’t keep growing fast enough to overcome bad debt.


The most intellectually honest will admit they don’t know what will happen.  After all, it’s up to the Chinese.  I agree with the bears that China’s command and control economy will end badly (the history on this subject doesn’t leave much room for doubt)–IF it stays on its current path.  But, that’s a big IF.


I also agree with the bulls that China has a lot of runway simply playing catch-up with developed markets, and IF they foster free market reforms (rule of law, representative government, property rights, flexible labor markets, private allocation of capital, etc.), then they can be a huge growth story for a VERY long time.  Once again: big IF.


Perhaps the best path is not to guess.


If you could invest and do well regardless of whether China tanks or soars, wouldn’t that seem the best path?  Granted, if you knew how the story would end, you would make more money betting boldly in that direction.  But, is anyone really certain they know what will happen and–more importantly for investors–when?


What happens in China will impact world markets.  In the short run, this spells opportunity whether boom or bust.  I think making a guess on this over the next few years is a fool’s errand.  It’s better, instead, to prepare for either outcome because getting the timing right is impossible (or lucky).


Making explicit one’s China premise is important to understanding one’s view of world markets and the economy.  More important than one’s premise, however, is whether its based on sound reasoning or gut feel and conjecture.


Nothing in this blog should be considered investment, financial, tax, or legal advice. The opinions, estimates and projections contained herein are subject to change without notice. Information throughout this blog has been obtained from sources believed to be accurate and reliable, but such accuracy cannot be guaranteed.